Adrian Minuta founded company Bravo Europa together with an associate 16 years ago, and today the metal tile manufacturer is present in 1,500 DIY stores in Western Europe. Next year, the goal is for this number to double, and it all started seven years ago, following the economic crisis.

This year, the business of the Bravo Europa group, owned by the Austrian investment fund EMSA, active in the field of metal tile production, will reach 37 million euro, according to Adrian Minuta, CEO of the group. Up to this moment 8.5 million euro sales were reported only in Germany. Although the numbers look good, this year has been quite difficult, mainly due to the major fluctuation in the price of raw materials needed for the production of metal tiles, sheet metal, caused by anti-dumping taxes enforced on Asian suppliers by the European Union at the beginning of the year.

Our business depends totally on raw material suppliers and its prices, because it is extremely volatile and with sudden and unexpected changes. Since 2003 and until now there have been at least three important shocks of price changes, one at the beginning of this year, when the price has increased even by 50% in three months. This increase was caused by the enforcement, at European level, of anti-dumping taxes on products from Asia and Brazil and at that moment all European manufacturers suddenly had very big demands. Sources in Asia started to close and all European manufacturers reached their budget in February for the whole year and then they increased the mark-ups by 30-40%. There was not much stress about selling. We had to face a difficult purchase, in the sense that we were ordering a quantity and they were giving us half, we revolted and they told us «Shut up and be happy, because now the problem is not for what price you get it, but if you get it». It is not an easy period for anyone, but this year was a special and not typical one due to these price increases and especially due to the lack of raw materials caused by these anti-dumping taxes”, says Adrian Minuta, CEO of Bravo Europa, in an interview for wall-street.ro.

However, this is not the first delicate situation that Adrian Minuta faced since he has been working in the field of metal tile production, namely year 2000, when he founded Bravo International company, together with one of his colleague’s father. Adrian Minuta had previously worked in Den Braven Romania. 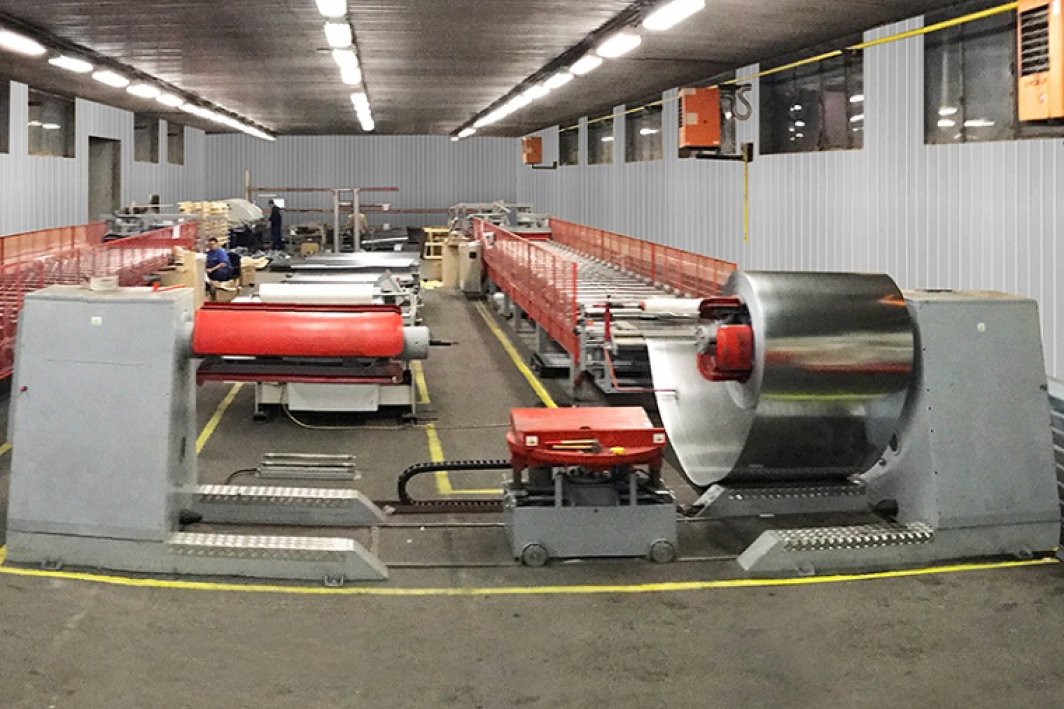 I had the chance to start my managerial career very early, in the sense that when I was 22 I was Managing Director at Den Braven Romania; practically I brought them in Romania and I worked with them since 1995 until 2001. During this time, I was in charge for Romania, further for Bulgaria and Bosnia – Herzegovina as well. I gained experience and it was a favourable time for business development. That was a time when all businesses were growing, with the specific risks and problems, the main one being the exchange rate. In 2000 I had a proposition from a former colleague to start a business together. In 2000 a former colleague suggested starting a business together. In 2001 I accepted. It felt like an opportunity. I was 29 years old and it felt like an opportunity and a chance to make a change, I had some experience. I knew what an entrepreneurial multinational company meant at that moment, given that it was managed by the person who started it. I have established the company together with my colleague’s father. Bravo International was the name of the company, and we started in this area as distributors for Megaprofil, having an opportunity in the sense that my associate at that time had a relation with the owner of Megaprofil”, says Adrian Minuta

“There was an income decrease of approximately 5 million euro”, Adrian Minuta, CEO of Bravo Europa

Thus, the metal tile manufacturer Megaprofil entered Romania with no customers in our country and invested over 40 million euro in a manufacturing unit at Buzias. Yet, this aggressive development strategy eventually also lead to the end of the collaboration with Bravo International.

The problem we were facing very shortly after that was their development policy; they started to expand very quickly; they also got manufacturing units at Ploiesti, Iasi, Tirgu Mures, Constanta and they started selling to absolutely everyone, without taking into account the market structures. In 2004, we decided to stop promoting their brand and to continue the collaboration under private label. We made our own brand, Bel Profile, a brand I created. We started from scratch, but on a continuously developing and increasing market. We have developed a lot. We were market leaders in 2007 – 2008; we managed to quantitatively distance from Lindab, who were no. 1; they also were on the market for a long time, since ’95-‘96” says Adrian Minuta.

In a first phase, company Bravo International addressed, with the metal tile manufactured at Fundulea, all sales channels, and later managed to develop a lot the DIY store channel, starting collaborations from zero with Bricostore, Praktiker and a short collaboration and with Dedeman.

The results were spectacular; the market developed a lot. It was that boom period when all products were sold with fabulous increases every year; everyone was developing a lot. In 2007 we decided to manufacture ourselves; we separated the brands and we tried to structure our business on two lines: DIY, to develop a brand for this area, and the «professional» part, with fitters and projects. Unfortunately, those were not good times. In 2007 we decided to manufacture; we made the investment in Fundulea factory; we bought equipment, we developed our range of products, and we started to manufacture a wider range” says Adrian Minuta.

The 7.7 million euro investment – 3.5 million euro in the actual construction with an area of 6,500 square meters and the remainder in equipment for processing sheet metal into metal tile – was finished in 2009, exactly when the economic crisis started to produce effects Romania. 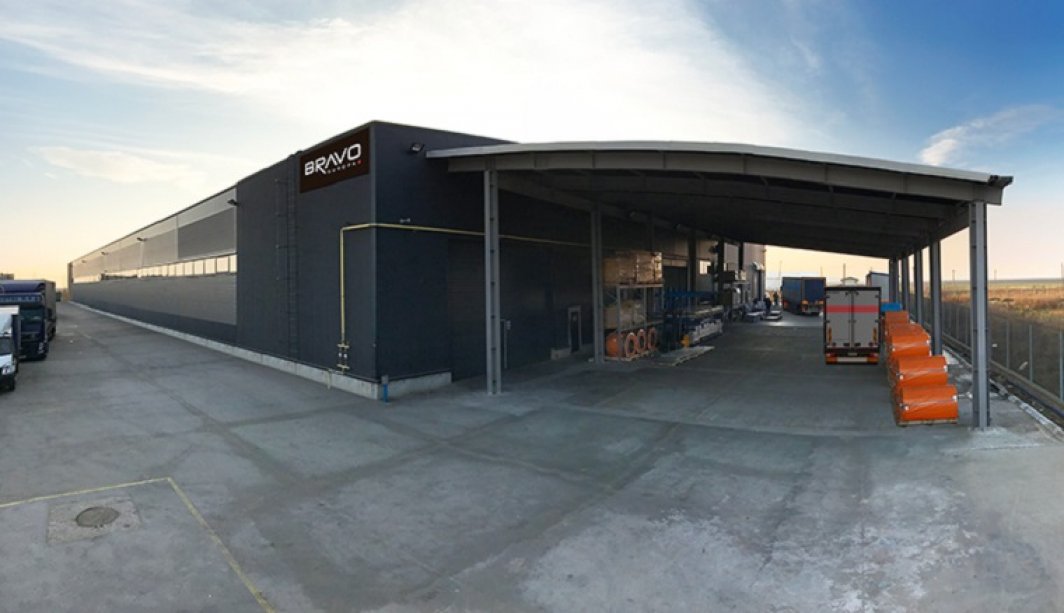 We started 2010 with a very harsh approach from the bank, that was quite stressed by the construction sector, still trying to reduce its exposures and decreasing our working capital limits, starting from the idea that the guarantees we had, lands and buildings in general, were decreasing very much in value. We’ve been through a very difficult situation, because we could not meet our orders; we were in the situation of giving up a line of business and, in 2011, we decided to give up the «professional» line, builders, fitters and the whole area. Then we decided to change our strategy and to focus on developing the business through DIY networks and start exporting. In 2011, after taking this decision, we had a decrease in turnover of about 5 million euro, since we had about 17 million euro per year. Then we resumed the growth, relying in proportion of 95% on DIY networks”, explains Adrian Minuta.

The CEO of Bravo Europa says that it was not difficult to enter the DIY store chains from Western and Central Europe with the metal tile manufactured in Romania, with which they had been working since 2003, when they distributed Megaprofil products. Moreover, since 2004, the company has been working in a kind of lohn regime for several manufacturers, one of which is from the Czech Republic. “We had almost 10 years of experience with these networks; we knew exactly what they were looking for, what their needs were, what services they need; we practically knew what to offer them. It was difficult until we managed to get to one or two, because then we became known; we had very good results”, explains Adrian Minuta.

In 2013, an opportunity occurred to join an Austrian investment fund, EMSA, whose main shareholder is the Development Bank of Austria, but in which private investors from Canada are also present. The fund took over 100% of the company founded by Adrian Minuta.

The fund helped us to solve the financing problem, which was a very big pressure for the business and we were unable to develop ourselves, given that the market is developing. After the takeover, the company exploded; we deliver in 16 countries, in over 1,500 stores worldwide, and recently we signed a contract, in August, with implementation next year in a network that has 1,700 stores worldwide. The perspective is doubling within two or three years, based on the current client portfolio”, explains Adrian Minuta.

Ever since the fund joined the company, for which 142 employees currently work in Romania, 24 in Germany and 46 in the Czech Republic, the Czech logistics platform has been turned into a production unit, which this year will be moved to an area of 6,000 square meters (now it has 2,400 square meters); a logistics platform was opened in Germany in July last year, and the company also owns such a platform in Cluj-Napoca. The downside was that business in Romania declined, as markets in Central and Western Europe are now served by the Czech production unit.

We managed to compensate and bring a better market share; we have also grown in the DIY networks this year; we managed to increase our range of products and we also started a program to regain a market share on the «professionals» sector, which has grown fantastically in the meantime. After we got out, the market exploded and there are some Romanian companies with very high increases”, declares Adrian Minuta.

However, the sales channel represented by fitters and projects has specific requirements, both technological and logistical, so there is a need for new investments in equipment for processing sheet metal into metal tile. This will happen next year and aims at the purchase of four more new production lines for the Fundulea factory, where 2.9 million square meters of sheet metal can currently be processed in one year, working in three shifts and where 30 tons of sheet metal are currently processed per day. At the same time, Adrian Minuta says that another objective is to open a new logistics platform.